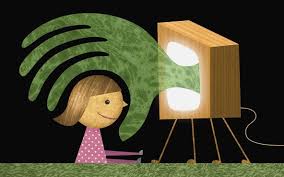 Advertisements are paid forms of mass communication, done to persuade the consumers with an ultimate objective of passing on the information, or publicizing a product, idea or service that might stimulate the viewers to go for it. It is the most important aspect of marketing in the modern society and indeed has deep impacts on our social and psychological being.

There are many sources through which one can advertise their products or service. Ranging from a simple notice on a wall to a million-dollar assignment with some celebrity endorsing a product. Advertisements are all around us. When we step outside the house, billboards appear in front of us. Continuous exhibition of products can be seen on television and newspapers and on the internet. In this highly competitive world, advertising does make either a product a hit or a miss. Everyone and everything need propaganda for selling, for which advertising seems to be the perfect solution.

Since India has opted for the open economy policy, global brands have found their way in the country. Advertisement helps a lot to make people aware of such brands. Influencing audiences through video commercials are the easiest way to promote anything as it leaves a strong and lasting impact on the mind.

In the recent years, advertisements have taken a distinct place in our everyday life. The question is, do they have positive or negative impacts? I would like to say, both.

Advertisements make us aware of the newest techniques, products and information. We can get news on different things through them. Advertisements celebrate change and internalize change for those who become better by using a certain product or service. We can compare different brands and choose from a range of products. Thus, in a way, they help to keep monopolization at bay.

But, everything about advertisements is not so bright. Advertisements awaken greed inside us. A consumer gets allured by the dazzle of advertisements. They try to diminish the difference between a consumer’s need, want, and aspirations. No one can deny the fact that at some point of life, they’ve bought things which were not needed at all, and he/she just had fallen to the temptation of the advertisements.

Children are perhaps the worst affected. Their tender minds are gullible enough to believe in all that are shown and said in an advertisement. My seven-year-old niece, after watching a popular advertisement of a particular chocolate bar, really began to think that would make her forget all worries!

Even adults are not spared. Some advertisements make young generation too much obsessed or sensitive about their physical attributes and they develop certain complexes. To boost the sale and win over customers, companies often pour a great amount of money on advertisements. The good feeling of possessing a certain expensive brand is instilled in the consumer and he/she yearns to own that particular product even when that is beyond their reach. Thus, a psychological pressure is created on the consumer which is not healthy at all.

However, it’s not possible to stay away from advertisements in today’s world. They are an essential part of the society.  Rather, we should try to use our intellect and wisdom to judge a product before believing blindly in advertisements.

This blog post is inspired by the blogging marathon hosted on IndiBlogger for the launch of the #Fantastico Zica from Tata Motors. You can apply for a test drive of the hatchback Zica today.